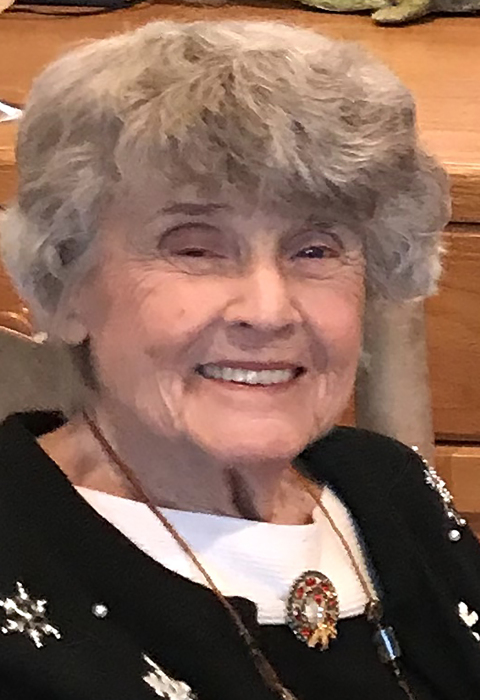 Dagmar B. Libonati (Nee: Carlson): 1925 - March 17, 2020, was 94 years old and a 92 year resident of Bergenfield. She will be remembered for her nursing career, family and community service. Daughter of the late Eric and Mya Carlson, she was a member of the first graduating class of Bergenfield High School.  A WWII nursing cadet graduate of Presbyterian Hospital in NYC, nurse at Hackensack Hospital where she became the president of the Nurses Alumnae and Pascack Hospital. Dagmar was an active Bergenfield Library volunteer and a member of the Tenafly women’s group “Hearts to Hands” which make hand puppets for children in hospitals.  Dagmar was the co-owner of the Wagon Wheel Restaurant in Bergenfield that was started with her late ex-husband, Anthony Libonati in 1960, now owned and managed by two of her children. She was a member of the Clinton Avenue Reformed Church in Bergenfield. Dagmar was preceded by her son Walter Libonati, and is survived by her son Edward & daughter- in-law Melody Meitrott Libonati in CT, son Donald and daughter Linda Libonati in Bergenfield, her grandchildren Allegra Libonati and fiancée Brett Alters in Las Vegas, Christian and daughter-in-law Ella Raymont Libonati in Chicago and Donald Jr. and daughter-in-law Sara Libonati of Bergenfield. Due to the current health concerns, a private ceremony will be held outdoors at the George Washington Memorial Park cemetery on Thursday, March 19 in Paramus, NJ with the immediate family. Funeral arrangements are being handled by Riewerts Memorial Home in Bergenfield, NJ. A future memorial service for Dagmar will be scheduled later this year to honor her life.

To order memorial trees or send flowers to the family in memory of Dagmar B. Libonati, please visit our flower store.