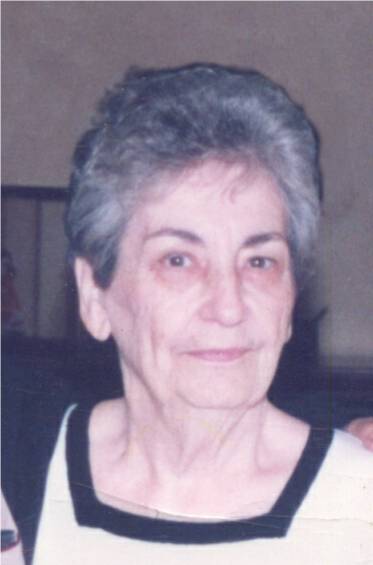 Dora Toscano (née LaStella) of Bergenfield,NJ passed away peacefully on May 27, 2020
surrounded by her loving family. She was born in New York, New York on March 17, 1931 to
Vincenzo and Rose LaStella and was a lifelong resident of Bergenfield. Dora was very involved
with St. John’s RC Church in Bergenfield. In 1977, she received the “Person of the Year” award
from the St. John’s Holy Name Society. She was also a member of the Golden Age Club. She
was a den mother with Cub Scout Pack 139 and a troop leader for the Girl Scouts. Growing up,
Dora enjoyed spending time at the beaches in Atlantic City. Later on, she frequently vacationed
on Long Beach Island with her family. She also enjoyed traveling the country with her husband
Tony and their friends . In her later years, she waitressed at the River Edge Diner. Dora is
predeceased by her parents Vincenzo and Rose, brothers Dominic (Mary), Joseph, and
Anthony (Gloria). Dora is survived by her beloved husband Anthony of 67 years and their
children Anthony (Marina), Vincent, and Roseann (Richard). Dora is also survived by her brother
Louis (Carol) and sister-in-law Annie (Joseph). She is also survived by her grandchildren
Anthony Jr.(Pumpkin), Vincent, Frank (Michelle), Michael, Jonathan, Connor, Jessica, Jasmin
(Victor) ,and Nayendi. She was also a great grandmother to Anthony, Gabriella, Jonny
Jr.,Victor, Isabel, and Cristian. Dora loved and cherished her many nieces and nephews. Dora
also loved her little Hercules. Funeral will be private. In lieu of flowers, please donate to
diabetes or Alzheimer’s foundations.

To order memorial trees or send flowers to the family in memory of Dora M. Toscano, please visit our flower store.