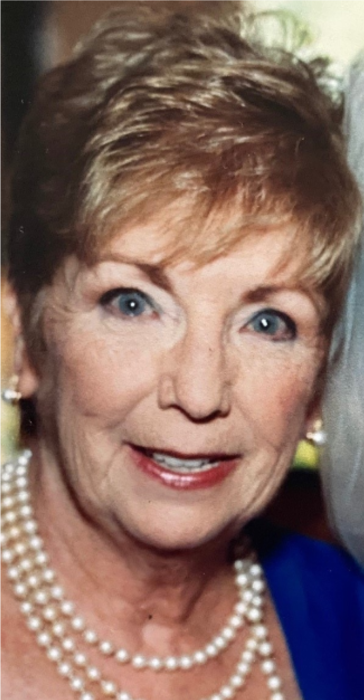 Betsy was born on June 19, 1938 in the Washington Heights section of  Manhattan to Betty and John Ryan. Her siblings included Sheila, Mamie, John, and Terri — all of whom remained incredibly close throughout their lives.

As a child, Betsy went to St. Rose of Lima grammar school and graduated from Cathedral high school.  She held the title of “queen of the marble competition” on 160th street. She proudly amassed a huge jar of marbles, the rewards for beating all her competitors.

Betsy’s first job was as a telephone operator. The first of many jobs that demonstrated her work ethic.  Although she spoke to thousands over the telephone wires, her most memorable conversation was with Jackie Gleason, who she said was unpleasant.  To this day, we wonder how Jackie would describe that conversation.

In later years she met Marty, the love of her life.  They had many adventures together with their best friend Smitty, often taking road trips, and enjoying live music.  Especially the time they had front row seats to see Louis Armstrong. One of her final song requests was La Vie en Rose.

She and Marty married in 1961 and settled in the Marble Hill section of the Bronx before moving to Bergenfield, NJ in 1968.  They raised their beautiful children Bina and Martin, whom they accompanied to every baseball game and Irish dancing feis.  They spent many a weekend tailgating together at Giants games after church.

Betsy was a skilled seamstress. She was  known to make an assortment of  fashionable matching outfits for Martin and Bina, usually in colorful 70s plaid. She also taught sewing classes after school at St. Johns the Evangelist Church.

After Marty passed more than 20 years ago, Betsy moved to the Foxhill Manor where she enjoyed the company of  good friends from Bergenfield and made new friends too.  She continued her tradition of holding annual St. Patrick’s Day dinners for family and friends.

Although Betsy’s love didn’t always come easily, once it was earned she would do anything for you, including opening her home to friends and family members who needed a place to stay.  Fiercely loyal, a straight shooter with a quick wit, she was always ready with a one liner.

Betsy’s fierce loyalty, love and quick comebacks will be missed by all who knew and loved her.

Visitation is Thursday, July 29th from 4 to 8pm at Riewerts Memorial Home in Bergenfield NJ. Mass will be at St. Anthony’s in Northvale NJ on Friday, July 30th at 10am, followed by graveside services at Mt. Carmel Cemetery in Tenafly NJ.

To order memorial trees or send flowers to the family in memory of Elizabeth A. O'Brien, please visit our flower store.