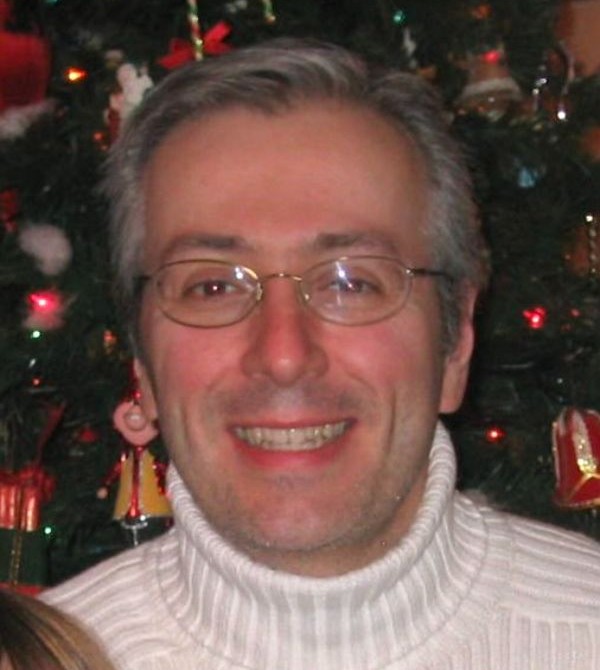 John Vincenzo Francesco Grossano, 55, of Secaucus passed away on July 20, 2022 as a warrior after a long, hard battle with cancer. Following in his father’s footsteps, he was a Pharmacist and the owner of Bergenfield Pharmacy for 50+ years. Beloved husband of Dawn Grossano. Loving father of Liam Grossano. Dear brother of Angela Grossano, Kathleen Murtha and her husband John. Loving uncle of Bridget and Catherine Murtha. Dear brother-in-law of Deirdre and Fintan Reynolds. Best friend of Gracie Grossano. Memorial visiting at Riewerts Memorial Home, 187 So. Washington Ave., Bergenfield on Friday from 2-4 and 6-9 PM. Memorial Mass at St. Peter the Apostle R.C. Church, 445 Fifth Ave, River Edge on Saturday at 10 AM.

In lieu of flowers, the family has set up a fund to support Liam Grossano(John’s six-year-old son) through all of his future endeavors. To donate to this fund, please either Venmo LiamFutureFund (last four digits 8503), Zelle the fund (2018058503), or reach out to Kathleen Murtha (2018058503) for other forms of donation.

John was a generous, loving, kind person who was easy-going and had the ability to get along with anyone. Following in his father’s footsteps, John was a staple of Begenfield as the local pharmacist whom everyone depended on for all types of advice - both medical and not. The biggest New York Rangers and Giants fan to ever live, John loved spending time with his family and friends as often as he could.

Although he loved The New York Rangers tremendously, the true loves of his life were his wife Dawn and his son Liam.

John and Dawn met during a ski trip when they were both in college. Dawn was a bit nervous to ski since she hadn't skied in years, but decided to jump back into it and headed for the tallest, steepest mountain. When she reached the top she realized she overestimated her abilities. Thankfully, John was there to tell her how to get to the bottom of the mountain in one piece. In spite of his great pointers, Dawn ended up sliding down the mountain on her rear, rather than standing on her skis. They had a good laugh and lots to talk about on their first date. They continued to date throughout college and were happily married for over 25 years.

Liam came into John and Dawn's life seven years ago and changed it for the better. John was always meant to be a great father and Liam truly brought that out in him. Both Liam and John loved cartoons, all things Spiderman, Star Wars, Dinosaurs and more. Liam adored his father with all of his heart and will miss him endlessly.

To order memorial trees or send flowers to the family in memory of John Vincenzo Francesco Grossano, please visit our flower store.