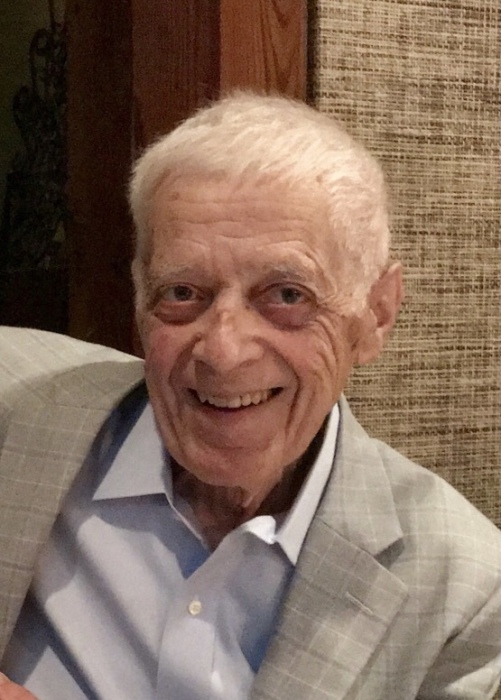 John R. Stellabotte, 90, of Bergenfield died of natural causes, surrounded by family, at Holy Name Medical Center in Teaneck, N.J., on February 26, 2021. He was born in Jersey City on August 10, 1930, to Mary (née Limon) and John Stellabotte. He attended Lincoln High School, and soon after graduating at age 16 took a job with M&M Luggage and Manufacturing Co. (later Verdi International), where he worked for more than four decades, becoming director of logistics and warehousing. He was a master sergeant in the Army National Guard, where he served from the late 1940s to the mid-1950s. While working full time, he attended Seton Hall University at night, earning a bachelor’s degree in 1965. He met a fellow student, Barbara Crawford, when they were in a fender bender at a traffic light. The damage was minimal, but the repercussions lasted a lifetime.

They were married on July 8, 1967, at Sacred Heart Church in Jersey City and lived in Dumont, N.J., for several years before moving to Bergenfield, where they raised three sons. For more than four decades, John was an active member of his town and faith communities. He served multiple terms, by mayoral appointment, on the Bergenfield Planning Board and was also involved with the Bergenfield Museum Society committee. For 41 years, he was a member of the Bergenfield Lions Club, serving one term as president during the mid-1980s and for many years as the club’s publicity director and on its college scholarship committee. His fellow club members honored him as a Melvin Jones Fellow, a distinction presented by the Lions International Foundation for “dedicated humanitarian services.” He was a parishioner at St. John the Evangelist Roman Catholic Church in Bergenfield, where for many years he was a eucharistic minister. Together with his wife, Barbara, he also served as a Pre-Cana volunteer, talking with couples preparing to be married at the church.

In early 2002, he was diagnosed with multiple cancers. Despite a limited prognosis, he persevered through treatments and, with the help of doctors at Holy Name, continued to live a full, active life for nearly two decades, during which time he became a grandfather and spent countless happy hours with his five grandchildren, attending their sporting events, plays, and recitals, and enjoying family vacations in Cape May. He was a proud, grateful, and devoted son, brother, husband, uncle, father, and grandfather. John is survived by his wife of 53 years, Barbara; his sister, Rosemarie Dana; his sons and daughters-in-law, John (Jennie Thompson), Robert (Laura Prah), and Ryan (Amy Ciauro); and his five grandchildren, Sophia, Nicholas, Georgia, Anna, and Daniel.

A funeral Mass will be celebrated at St. John the Evangelist Roman Catholic Church, 29 N. Washington Ave., Bergenfield, N.J., on Wednesday, March 3, at 10 a.m. Gifts in memory of John may be sent to the Bergenfield Lions Club Scholarship Fund, P.O. Box 128, Bergenfield, NJ 07621.

To order memorial trees or send flowers to the family in memory of John R. Stellabotte, please visit our flower store.