David is predeceased by his loving parents Norman and Elizabeth, who saw the potential and promise in their young son despite him having been born with cerebral palsy. They defied doctors’ recommendations to place their son in an institution when he was 3, 4 and 6 years old. David, in turn, defied the odds and achieved many notable accomplishments in life…undeterred by his disability.

From the perspective of seven decades later, his parents’ hopes and dreams for their firstborn son came true. David will always be known for his true grit, courage, and strength of character as he overcame his challenges to attain a successful and independent life. The quiet resolve and determination that led to his accomplishments are his legacy.

David developed cherished friendships and forged unbreakable bonds with his family members. He is survived by six siblings: Susan Braeske, Elizabeth (and John) Vivenzio, Diane (and Christopher) Sto.Domingo, Teresa Atkinson, Patricia (and William) Hollenfer, and Thomas (and Paul) Atkinson. He is also predeceased by his brother John and devoted brother-in-law George Braeske. He was the proud Godfather of his loving niece Kristine and uncle of 13 other nieces and nephews and 16 great nieces and nephews.

For 42 years David worked diligently to achieve a self-supporting life. More than half of those working years began each weekday at 4:30 a.m. to commute into New York City for his job as a mail handler with the United States Postal Service.

That tough work schedule did not stop him from his 45 years of volunteer service at St. John the Evangelist Church in Bergenfield, where he proudly helped with the religious education program. His simple task of holding open the heavy door for the children and greeting them warmly as they entered and exited the building brought a smile to the faces of countless little ones.

David was a dedicated member of the church’s special needs ministry, which hosts a diocesan-wide program for parents of children with disabilities. He was lauded as an inspiration by the young parents who looked to David as an example of the possibilities for their own children. David also received numerous awards from the Diocese of Newark for his self-advocacy and, as a member of the Diocesan Legacy Society, for his financial commitment to children, especially those with disabilities.

In addition, the national and regional chapters of The Arc of Bergen and Passaic Counties have recognized him for his contributions to the community as well as his own initiative towards independent living. His efforts were so noteworthy that David went on to become the first person with disabilities to sit on The ARC’s Board of Trustees from (1976-1993), where he advocated for those with disabilities.

David’s family will be forever grateful for all those who have embraced and championed him throughout his life. His church family was instrumental in his happiness; they showered him with genuine love and acceptance for more than 70 years. The members of ARC of Bergen-Passaic helped to nurture him in his prime years. The abundant kindness and skill of Dr. Narpat Jain and his dental care team made David’s flashing smile even brighter in his senior years. And in his final two years, David was blessed with the most empathetic care from his Villa family, the compassionate group of devoted caregivers at Villa Marie Claire Hospice.

A Funeral Mass of Christian Burial will be celebrated at St. John the Evangelist Church, 29 N Washington Ave, Bergenfield, NJ on April 7, 2021 at 11 am with Msgr. Richard J. Arnhols officiating. Due to the pandemic, arrangements have been made to livestream the Mass for virtual attendees. Social distancing and masks will be required for those who attend the church service.

Livestream the church service (or view afterwards):  www.facebook.com/sjrcbergenfield
A video tribute, and a condolence guest book can be found at: riewertsmemorialhome.com

To plant memorial trees or send flowers to the family in memory of Norman "David" Atkinson, please visit our flower store.

My condolences to the Atkinson family. May your memories bring you peace. My prayers are with you at this time. Lenore Guido Holy Name Hospice

What an honor to have known David at the Villa and then at Holy Name hospital where I am a volunteer. He had a kind and generous soul. I loved looking at his pictures and remembernces written by the children at the church where he served as a volunteer for many years. He was a part of a large and loving family who were often seen visiting at the Villa and at Holy Name He will be missed. All the years of holding the door And now The door is held open for him as he continues his journey. Go in peace, dear friend.

David was a valued member of the groups for moms and dads of individuals with disabilities at St. John the Evangelist Church in Bergenfield. He faithfully attended to remind the parents to believe in possibilities, as his parents had done. We enjoyed his presence and participation. I'm grateful for the lovely visit with him and Elizabeth just before everything closed because of the pandemic.I offer my prayers and condolences to his family.

Ill never forget his kind personality and walking by our house with his transistor radio. xox

As a public school student, I entered St. John's CCD program for the first time in Sept. 1961 for 2nd grade. Not knowing where to go, I entered being very scared and ready to cry. The man at the door told me his name was David, not to cry, and he would bring me to my classroom. That was my first meeting with David.
One day when I was food shopping with my mother at Grand Union in Foster Village, I excitedly yelled "There's David! There's David!" I explained to her that he was the nice man I told her about who helped me on my very first day of Sunday School when I was about to cry.
I have never forgotten his cheerful smile and his kindness, even after all these years.
God Bless you, David. You made the world a better place.

The Potsel family extends our deepest condolences to your family. We knew Norman, as Norman not David, he was in class with our brother Billy. Norman accomplished so much in his life, and thanks to his parents, who knew the right thing to do, as did our parents for Billy. May Norman be in peace and be in God's hands.
The Potsel family - Sharon, Debby and Billy

To all the Atkinsons, We were saddened to hear of David's passing. We have fond memories of living next door and seeing all the things David accomplished. He truly lived an enchanted life, loved by all who came in contact with him. Please accept our sincere condolences. The McDonald Family - Cathy (Goodwin), Pat (Mack) and Tom 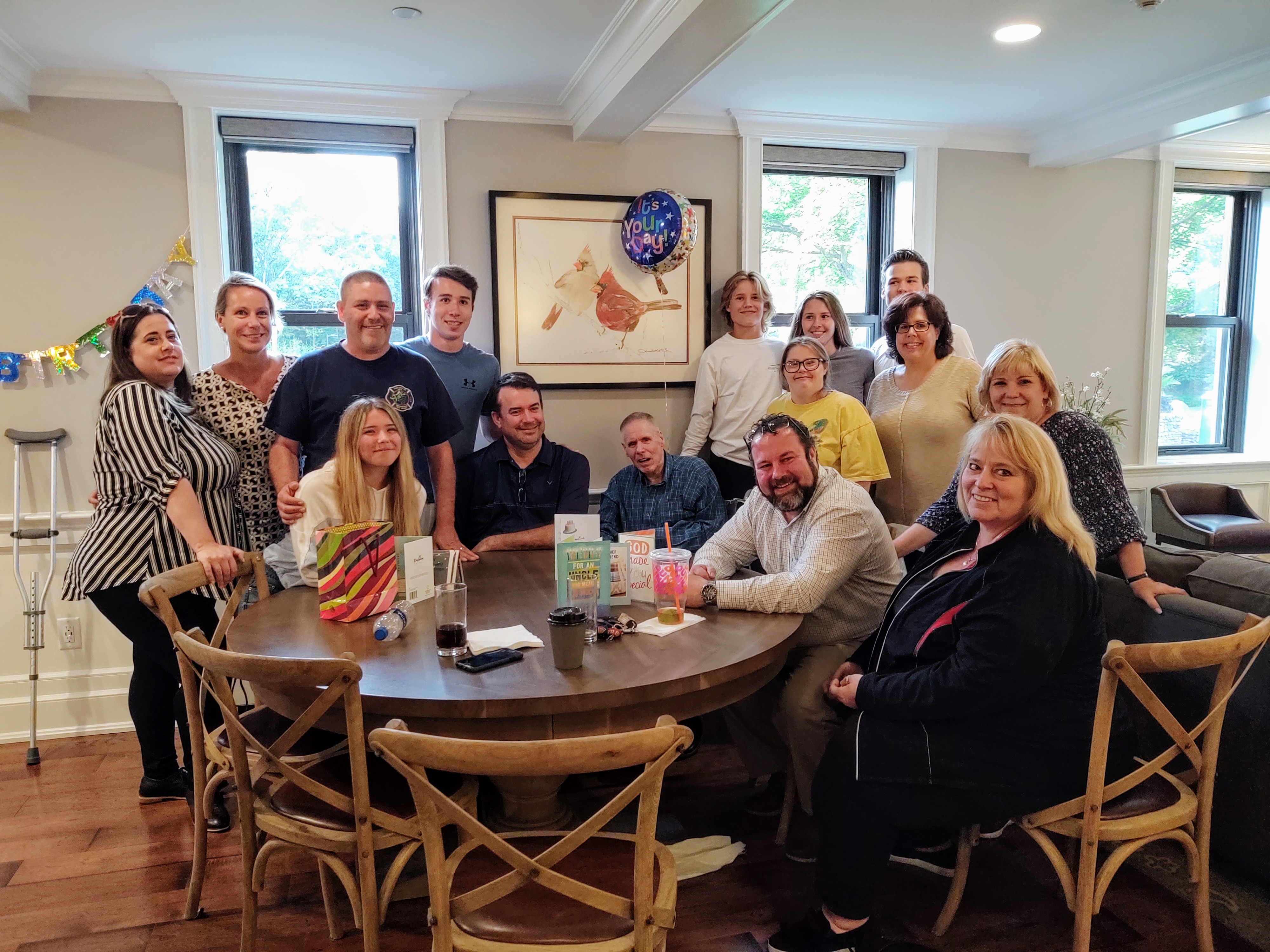