ROBERT J. ARMBRUSTER, 76, of Bergenfield, NJ, passed away peacefully on Sunday September 23 at Hackensack University Medical Center after a tragic accident last Friday.  Bob’s brothers and other family members were with him in the hospital prior to his passing.  Bob was greatly loved and will be sorely missed by his family and his many friends. Bob is survived by his four brothers: George (and companion, Shirley Raffaele) of Englewood Cliffs, Joseph (and wife Phyllis) of New Milford, William of Jersey City, and James (and wife Robin Jacobson) of Bethesda, Md. Bob is also survived by thirteen nieces and nephews:  Carol Shenk of Jenkintown, Pa; Diane Armbruster of Waldwick; Jean Myers of Perkasie, Pa.; Susan Stucke, Joseph Armbruster, Michelle Giordano, Marianne Petronella, Matthew Armbruster and Carolyn Kerr, all of New Milford; Theresa Policastri of Dumont; Christopher Armbruster of Mendham, NJ; Minna Jacobson of Tel Aviv, Israel; and Sylvia Jacobson of  Philadelphia, Pa; as well as fifteen grandnieces and grandnephews, plus several other relatives and an almost infinite number of friends both in this area and the Philippines. His beloved parents, George E. and Dorothy M. Armbruster of Bergenfield, as well as George’s wife, Alice, predeceased him. Bob was a devoted and active member of St. John the Evangelist Church in Bergenfield.  He dedicated his adult life to service to the community of Bergenfield, both Church and beyond.  He was a Eucharistic Minister, a lector, catechist, and a Cornerstone member at St. John’s.  Bob prepared parish histories for various anniversary journals for St. John’s.  He was also involved in offering workshops and seminars on various aspects of the Catholic faith.  He was a scholar with a special emphasis on the Church’s Second Vatican Council. He was also quite active in the Social Concerns Ministry at St. John’s and especially serving as a parish coordinator for the meal program for the homeless in Hackensack.  Bob was also heavily involved with St. John’s outreach to the day laborers in Bergenfield.  Bob was very generous in providing support, both financial and otherwise, to those in need.  He was also a member of the Servants of the Lord Prayer Group.  He was very active with Family Promise of Bergen County (formerly the Interreligious Fellowship for the Homeless) and received its “Golden Ladle Award” for his work at the Walk-In Dinner Program. Bob was also a member of the St. John’s Council of the Knights of Columbus. Prior to his retirement, Bob was employed for many years as a copy editor for the Star-Ledger in Newark. He previously worked as a reporter for The Record of Hackensack and the Advocate, the weekly newspaper published by the Archdiocese of Newark, among other publications. As a freelancer, he contributed several articles to the Twin-Boro News. He was a graduate of Fordham Prep and St. Peter’s University and has a Master’s in Theology from Seton Hall University. Bob had a great love for the Philippines and the Church in the Philippines.  Bob was active in collecting books to be shipped to the Philippines for church institutions there to help them recover from storm damage. Since 2011, he made annual visits to the Philippines to visit friends and seminaries. At the time of his passing, he was looking forward to his next trip in 2019.  All of the trips were for about a month. Besides all of his work for the Church, Bob was a big supporter of everything Bergenfield.  He loved going to Matthews’ Diner, Tommy Fox’s, West Main Luncheonette, and Dunkin’ Donuts to eat and chat with patrons and staff members.  Everybody loved him. The family is most grateful to the clergy and parishioners of St. John the Evangelist Church in Bergenfield and other church groups and all who comforted and supported the family during the difficult time of Bob’s hospitalization following the accident. Visitation will be at Riewerts Memorial Home, 187 South Washington Avenue, Bergenfield, on Wednesday and Thursday from 2 pm to 4 pm and from 7pm to 9 pm.  The Funeral Mass will be celebrated at St. John’s Church, 29 North Washington Avenue in Bergenfield on Friday at 11 am.  Interment will be at Christ the King Cemetery in Franklin Lakes. In Bob’s memory, charitable donations may be made to St. John’s Church in Bergenfield; Fordham Preparatory School in the Bronx, New York; St. Peter’s University in Jersey City; Family Promise of Bergen County; or the charity of your choice.

To plant memorial trees or send flowers to the family in memory of Robert Armbruster, please visit our flower store.

A candle was lit in memory of Robert Armbruster

Thank you for helping me, especially my mother in more than 4 years you help my mother in her dialysis in her medical assistance thank you so much my dear Kuya Bob, you mold me a better person, you said you admire me, but no, I ADMIRE you MORE. The way you act, the way you smile and the way to talked. My great mentor, my best friend my friend my brother, and my father to me. Farewell Kuya Bob. Until we meet again. God bless. I love you Kuya Bob.
My condolences. God bless
-Ronnel Guevarra from Philippines.

Im so sorry for your loss. The bible is so true when it mentions the sting of death. Death is truly painful for family and friends. The God of the bible Jehovah says he's going to swallow up death forever and bring back to life on earth all those who have died in his memory (Isaiah 25:8). This scripture has given me comfort and I pray you receive comfort from it also.

Please accept my sincere condolences on the sudden death of Bob. I have been blessed to have known Bob since his early days on the Catholic Advocate, and always appreciated his writing skills and pleasant disposition. We can all recall his wonderful smile and infectious laughter, as well as his many charitable activities. Although unable to participate in Bob's funeral Mass, I will offer Mass tomorrow for his eternal happiness at Msgr. James F. Kelley Retirement Home for Priests in Caldwell,NJ. May Bob rest in God's loving embrace! Peace & Prayers, Fr. Tom Ivory

Praise God for Bob's generosity, sincere interest in others, and spirit of service! As I embarked on a return to the Church about 38 years ago, Bob was one of the very first persons with whom I came into contact, and he offered himself readily as a resource and encourager. For this I will be grateful to him for the rest of my life. His constant presence among the active parishioners of St. John's has continued to encourage me to keep the faith. May you rest in peace, Bob! Pray for us as we do for you.

Rest in Peace dear friend. Your help to the church and Knights of Columbus will always be remembered.

One of the friendliest, and most giving men that Ive ever met. He always had a smile, and a kind word for anyone that he met. I will miss him tremendously. Rest in peace, my Cornerstone brother. Youve definitely earned your reward. 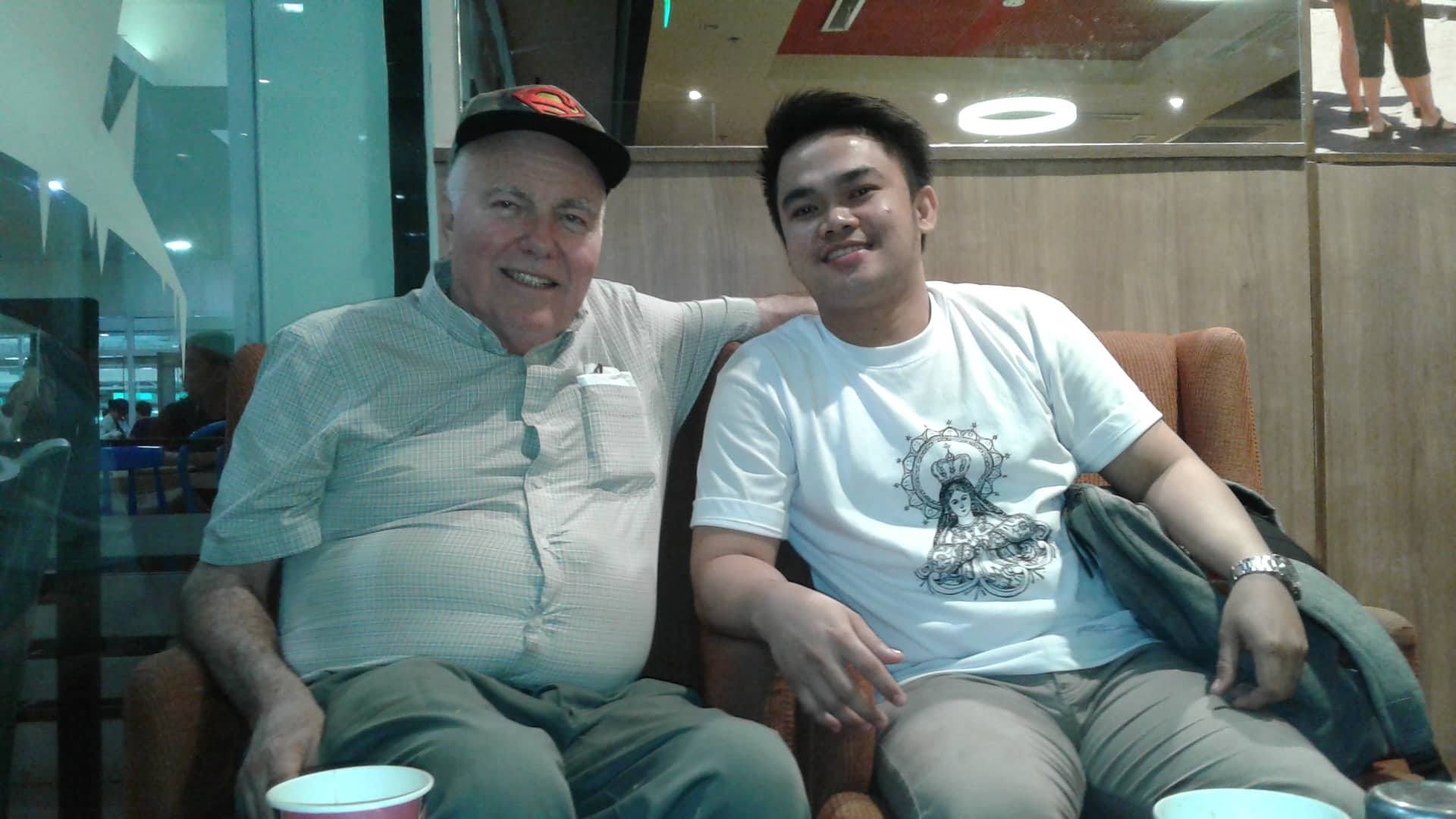