Robert Francis Joseph Patrick O’Connor , aged 91, passed away July 12, 2022.  Bob was born in the Bronx, NY during The Great Depression, which helped form his strong work ethic and his DIY approach to life.  There was nothing Bob O’Connor couldn’t fix with a little sweat, ingenuity, and duct tape.  He served in the Navy between WWII and the Korean War, leaving the service to marry his sweetheart, Rose Mae L’Italien in 1949.  After working many odd jobs (grave digger, mop maker) Bob landed a job with Consolidated Edison.  He worked for ConEd for over 40 years, starting out in the power-house, then earning a degree from Penn State and moving up into management.  The young couple moved to Bergenfield, NJ in 1962, where they raised their three ‘rotten’ kids, as well as son-in-law, Ed – considered an honorary older brother.  Bob was the truest embodiment of a ‘family man’, and his wife and children were the greatest joy of his life.  His time in the Navy helped him develop a love for travel and adventure, which he imbued in his family.  Beloved O’Connor adventures included driving up and down the East Coast on camping trips - ranging everywhere from Novia Scotia to Florida.  After the kids were grown, Bob and Rose let their wanderlust take them on more exotic trips like China, Russia, Australia and Scandinavia.  A later trip to Ireland with the adult ‘kids’ was a family highlight.  Bob’s many other loves, in no particular order, included basketball, barbecues, singing and playing the guitar, the art of good sarcasm, model trains, Riverdance and Christmas.  He was a great storyteller – whether relating his real-life past shenanigans, or fabricating some tall-tale to make you laugh.  Bob was a man who was big in stature, and even bigger in heart and generosity.  He will forever be our ‘gallant hero’.  He is survived by his beloved wife Rose Mae (August 6th would have marked their 73rd wedding anniversary); children William (Melinda Murat-Blevins), Robert (Richard Lerner), and Cindy; grand-daughter, Eden Rose Katchen; son-in-law, Edward L’Italien (Elizabeth); nephew, Daniel O’Connor (Karin); and grand-nephews, Christopher and Andrew.  A memorial service to celebrate Bob’s life will be held from 2pm-4pm on Friday, July 15, 2022, at Riewerts Memorial Home, 187 S Washington Ave., Bergenfield, NJ, with a funeral to take place at 10am on Saturday, July 16, 2022, at Church of the Ascension in New Milford, NJ.  In lieu of flowers, consider donations to Cure Alzheimer’s Fund, Wounded Warriors, or St. Jude’s Children’s Hospital.

To plant memorial trees or send flowers to the family in memory of Robert O'Connor, please visit our flower store.

Your dad was an amazing man! A life very well lived shown by the loving family he has! We are so sorry for your loss. We hope your wonderful memories of your father will comfort you and your family. Nicky and Andy Silverstein

I am sure he’d be honored with such an amazing tribute to his life. We know that you ( Cindy) and your family feel truly blessed to have had him in your life for so many years. I know it doesn’t make it any easier that he has now passed on. Please except our sincerest condolences to you and your family. He is now in the hands of God. It’s a great place to be. You and your family are in our thoughts. God bless you all. Harvey and Patty

What a fabulous tribute to such a beloved being. Lisa and I are so saddened for your loss of your dear father Cindy. He passed on so much of who he was to you and we are the better for it. Thinking of you and your family at this time.

A photo was added for Robert F. O'Connor 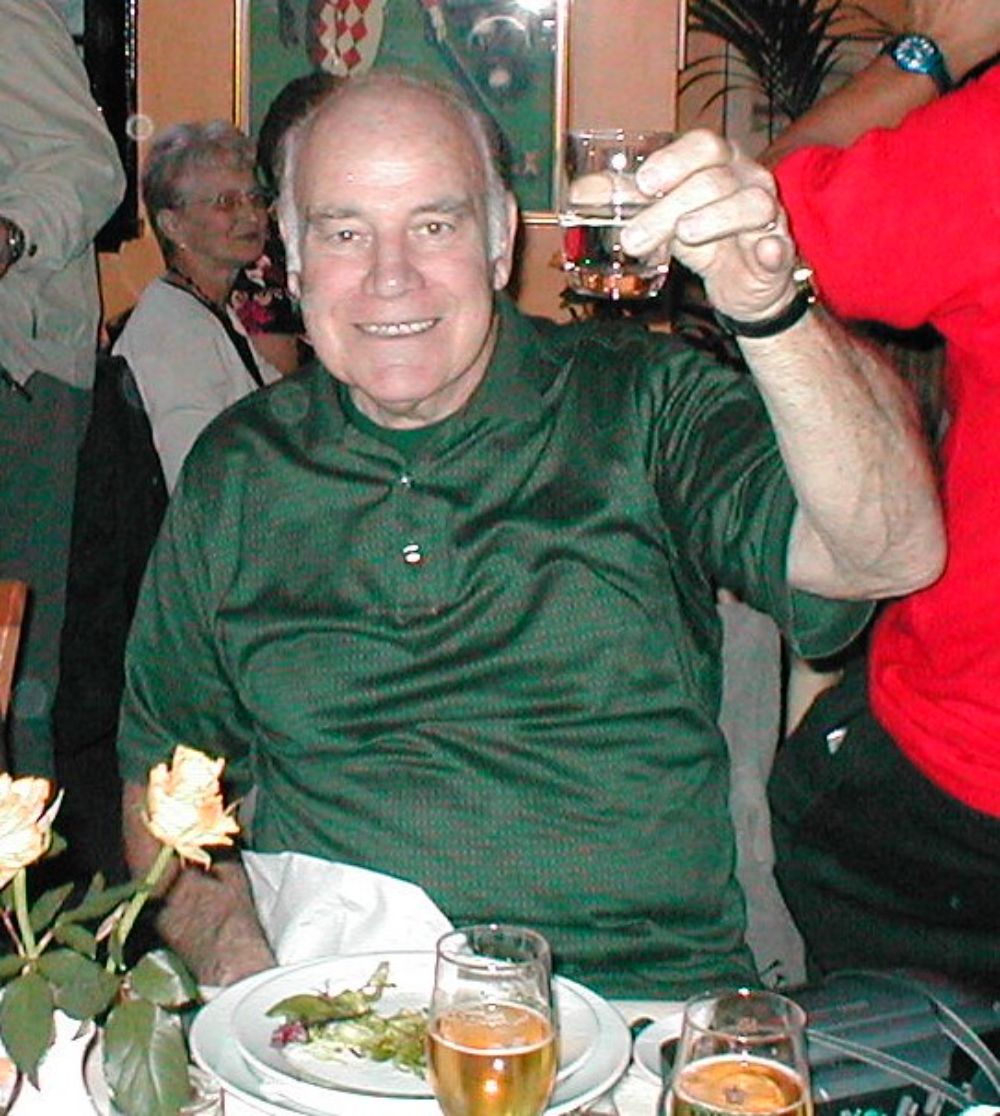 Church of the Ascension