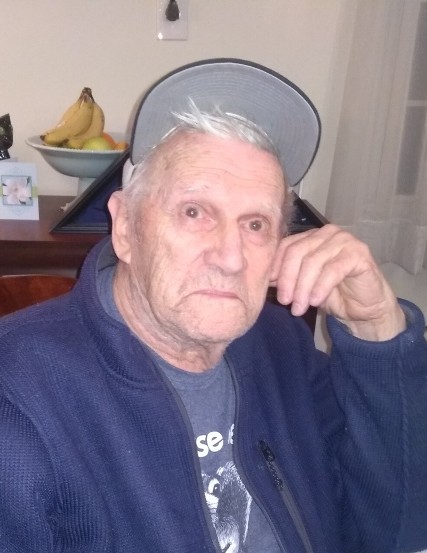 Ronald "Ron" Paterno, 88, of Bergenfield passed away peacefully on November 1, 2020.

He was a devoted husband to "Lovely Lee", a dedicated father to Kim, Lisa, and Shawn, a supportive father-in-law to Ed, Ray, and Amy, and a grumpy bear to his seven grand children, Kyle, Emily, Nicholas, Matthew, "Ali-oop" Alison, Alexa, and "Shabby Gabby".

Dad believed in hard work, respect, honesty, and the Golden Rule.  He was a carpenter by trade and a foreman by title who worked beside his men at Grand Union even when he didn’t have to.  He was a leader by action not by words.  He was not a gambler but saved his money the old fashioned way and, with a high school diploma, he earned more than any of us could ever dream of owning.

Dad loved the outdoors and liked to fish and hunt. He also enjoyed collecting coins and stamps, writing letters of complaint to politicians and various companies when he felt necessary, and was a frequent ShopRite raincheck recipient.  Dad always signed his tax check with the words "Paid under protest".

He loved his country yet never talked about his service in the Korean War.  If he saw a need to fill, he would never sit idly by. Thanks to dad, mom, & the help of other parents, the Bergenfield Band Parents Association (which is still functioning today) was formed.  He also built the snack stand at Bergenfield High School with the help of some fellow fathers, and there's a plaque on the stand itself to prove it. He would never come to your house empty handed, and would often pop in with Dunkin Donuts coffee just to say hi.

He was not a dreamer but a planner with a dream who worked hard and saved to build that dream: a home in the Adirondack Mountains on Long Lake, Dad's favorite place on earth.  Dad always said that the Adirondacks was God's country, and the house that he built there became a home where he and mom enjoyed many wonderful summers full of family and friends.

He preferred the company of nature to people. He enjoyed fiddling in his garage with the masses of nuts and bolts, fixing anything and everything.  Whatever you needed, Dad had it in the garage.  He was not complicated nor did he like to complicate his life with things that did not matter to him. He humbly spent his life in the service of others, and to this day we remember the countless amount of stories of him helping his local neighbor or a stranger in need.

When we think of our dad, we think of eggs and bacon in the cast iron pan, Mario Lanza, Westerns with John Wayne and Clint Eastwood, woolrich, marzipan, Ford, flat top, fish fry Fridays, the Pegasus, snowmobiling, Casatta, long drives on Sundays with dinner at the end, singing John Denver and Karen Carpenter out loud, visiting the Long Lake dump after getting ice cream to see the black bears, talking, listening, and if our dad wasn't running the conversation, he would be sleeping.

In lieu of flowers memorial donations may be made to Long Lake Public Library, 1195 Main St, Long Lake, NY 12847, the Wounded Warrior Project or plant a tree in your yard.

To order memorial trees or send flowers to the family in memory of Ronald A. Paterno, please visit our flower store.