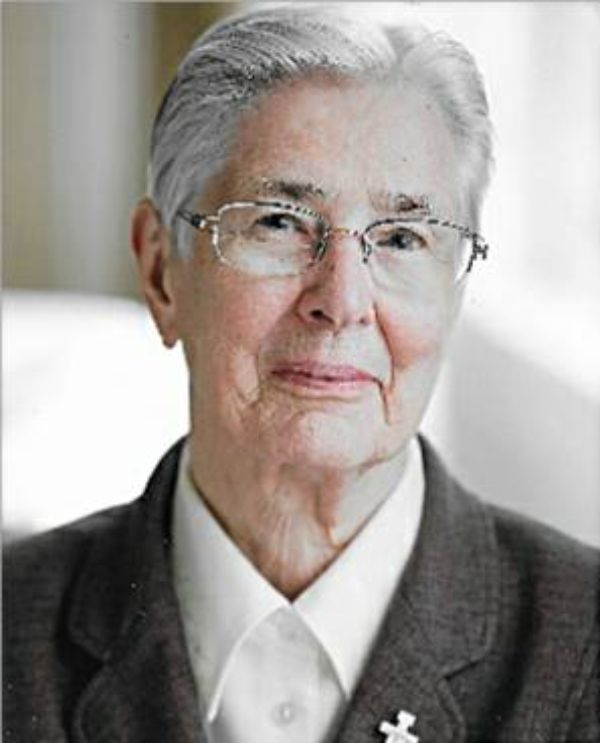 Elizabeth Kathleen Toman was born June 2, 1934 to Daniel Toman and Elizabeth (Barbour) Toman in Gilnahirk, Belfast, Northern Ireland.  She was the fifth of thirteen children.  Kathleen recalled that she grew up in “a happy and comfortable home.”  The family also lived in Hannahstown, Co. Antrim, where she attended St. Joseph School.  Later Kathleen went to St. Mary’s School in Comber, Co. Down.  With the encouragement of her mother and teachers, she developed her great love of reading.

In 1949 Kathleen entered the Missionary Franciscan Sisters of the Immaculate Conception.  On August 12, 1952 she made Final Profession of Vows as Sister Mary Gerard Majella. Kathleen remained faithful to both her vows and her great devotion to her patron saint by praying constantly for expectant mothers and their babies.

Sr. Kathleen is remembered by all for her selfless dedication to all of her ministries.  After completing her studies in Chestnut Hill, MA, she was assigned to Our Lady of the Angels Convent in Belle Prairie, Minnesota, where she served for four years. She returned to the East Coast to St. Francis Convent, Union City, NJ. In 1960 Kathleen went to Our Lady of Pompei School in Syracuse, NY to teach Primary School.  Her teaching career also took her to Mount Alvernia Academy in Chestnut Hill, Regina Pacis and Our Lady of Loretto in Brooklyn.

In 1976 Kathleen went to the Dominican Republic for two months for a Cultural Experience.  She found this enlightening and enriching and brought this to her future teaching assignments.

In 1992 Kathleen branched out from the classroom to being school Librarian.  Her love of books and reading was now her great gift to others. Even when she moved to Our Lady of the Angels Convent in Tenafly, NJ to retire in 2013, Kathleen became the Librarian for the Retired and Infirmed Sisters.  She often went to the local Library to take out books for the Sisters who also enjoyed reading.

Kathleen’s last school assignment was St. Francis Academy in Union City, NJ where she was a Teaching Assistant from 2006 until 2013.  She continued helping the students with both their academic studies and their religious learning.  She coached some of the children in their knowledge of the Catholic Faith.  They were well prepared.

When Kathleen moved from Union City to Tenafly, she was truly not retired.  She immediately involved herself in all the activities of the house and Community.  She did many tasks behind the scenes such as bringing in the morning newspapers to ironing the chapel linens each week.  As one of the few drivers in the house, she often did errands for the Sisters including her frequent trips to the Library and Post Office. She remained faithful to her prayer life and was the first one in the chapel each morning and had recently served as one of the Sacristans for Daily Mass.

Over the years Kathleen stayed close to her family in Northern Ireland, Scotland, England and Australia visiting as often as she could. She was with her sister Marian when her final day on earth came.  She was lovingly cared for and given a special service that family and friends could attend before she made her journey back to America.  Her fervent devotion to Our Blessed Mother was well known.  It was no surprise that Kathleen left for her visit to Ireland and Scotland on August 15th and that she died on September 8th, the Nativity of Mary. Like Our Blessed Mother, Kathleen was open to whatever God asked of her.  May she now enjoy a Glorious reunion with all the saints and her own loved ones in her new Home in Heaven.

Rest in peace, Kathleen. Thank you and know you will be greatly missed.

Your Sisters in the Tenafly Community

To order memorial trees or send flowers to the family in memory of Sr. Elizabeth Kathleen Toman, please visit our flower store.