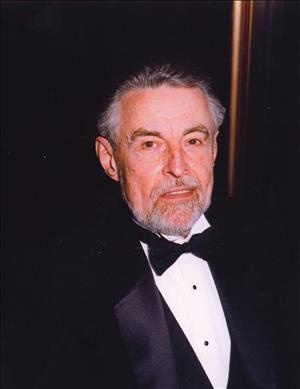 William's life was filled with what mattered most, his family. Whether it was immediate or extended, EVERYONE was welcome at his home for any length of time and it became the anticipated setting for lazy summer nights on his back deck by the pool where he always had a spare chair to pull up to the table. He treated everyone he loved like family and always had something extra in the kitchen for an unexpected guest. Always the gentleman, he always pitched in by helping prepare for events or cleaning up after gatherings to make his wife's life a bit easier.

The son of Henry and Dorothea Crossman, William or known best as Billy, spent his early years in Hoboken before moving to the suburbs of Bergen County. After graduating from Bergenfield High School, Billy married and had two children, a son, Scott and a daughter, Tracy and raised them in nearby western NJ. When his life required him to return to his childhood neighborhood, and he became reacquainted with his high school friends, his dashing smile and good looks caught the attention of a former classmate, Carol who would soon become the love of his life. Carol had also recently moved back to her childhood area home with her two daughters, Carissa and Nanette and the two soon fell in love. They married and the following year welcomed a 5th child, Meghan.

Back then, Sundays were still reserved for family dinners that were shared with grandparents. When he and Carol had the opportunity to buy a home just a few miles from all the grandparents, Carol's sister, Nancy, and his closest cousin, Dottie he jumped at the chance. Billy moved his blended family to a lovely home in New Milford, NJ and his pride in home ownership soon became evident spending weekends meticulously caring for his richly detailed gardens. Never one to stop, he could also be found pool-side in his yard. Not necessarily enjoying the pool, but instead cleaning and making sure it was perfect for everyone else. That's just the type of person he was. He enjoyed and took pride in caring for everyone and everything.

Being able to provide for his blended family was a source of immense fulfillment for Billy. Everything he did was for his family. Working the night-shift at the New York Times so that he could be home during the day and provide for his family was never even a question. Planning weekends around schedules, teaching kids to ride bikes, or putting a worm on a fishing line, was all part of the role he cherished as a father. Staying late for the occasional poker game and giving his winnings towards his grandchildren's crib purchases, or refusing to cross picket lines to stay loyal to his printer union and thus securing a life-long position at The New York Times was a great source of pride for a man who would tell the story that as a child "having jelly for sandwiches was a TREAT". Billy took nothing for granted.

When grandchildren arrived, it was Pop-Pop who they knew would teach them poker, let them "amaze" him by "beating" him at cards, and spoil them with whatever reminded him of them during his occasional afternoon shopping sprees to Costco or the now long-gone, "Cost Cutters". He would say, "I saw these and just thought Wow... I thought the kids would really get a kick out of these."

When he retired, and was able to reclaim his days, he and Carol traveled as much as possible. A highlight was their trip to Hawaii. It made a lasting impression on him and if you asked him if he could live anywhere in the world, he would answer you, "Hawaii".

"Love you pal", was something he would say often and in the end, it was something that had a deep meaning. Everyone was a pal, everyone was loved, and everyone was welcome. If he knew you and liked you - he didn't just like you, he loved you. And if you were lucky enough to have known him, you felt loved without conditions.

To order memorial trees or send flowers to the family in memory of William C. Crossman, please visit our flower store.